This month’s positive point in working with a client has to do with a couple who has had a 5-year, long-distance relationship, and is feeling as though they are in limbo, with a strong need to move forward. 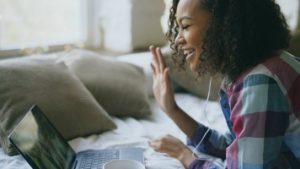 Whether a couple is spending time adjusting to the idea of separation, divorce, or how to handle any big change in their lives, staying in limbo can be a debilitating place to live.

Limbo essentially means being stagnant by refraining to make decisions and acting on those decisions to move a relationship off of an immobilizing position. It’s frustrating and draining. Staying in that kind of “going nowhere” space can create anxiety, depression, and anger, which is hard on the individuals and the relationship.

The above-mentioned couple worked as a team to put together a 1-year, 3-year, and 5-year plan for their future. As we did this, they were able to create some concrete action steps they could both agree upon to get them to live under the same roof sooner than later. As they wrote their vision of change for the upcoming years, the pressure of life in limbo was released.

Want to let your partner know how you feel? Spice up your mate’s day! Send them a quick text to let them know you’re thinking of them and how much you love them! Get some ideas with a free copy of “10 Sample Texts to Send your Mate to Build your Relationship”.

Having a grateful heart is a wonderful thing. We sometimes have to work to stay positive because it is really easy for our brains to go to the negative. If you are not practicing gratitude on a daily basis now is the time to ramp that up and look at your partner through a different […]